Category Archives: How Did That Get Started

WN-How Did That Get Started? 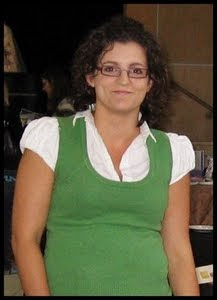 How Did That Get Started?

All brides love showing off there engagement ring and sharing the every detail of there engagement. Most don’t know where it all started from, or why we wear our ring on the 3rd finger. So I thought I would share.
History of the Wedding Ring
Today, the wedding ring symbolizes a promise of never-ending love, devotion, and loyalty. It is the physical representation of the wedding vows. The history of the wedding ring, however, is not quite as romantic. Throughout history, the wedding ring has symbolized various parts of the traditional wedding vows.
For Richer or Poorer
Primitive brides wore rings of rushes or hemp. These were plentiful but not too durable since they had to be replaced frequently. Early Romans wore rings of iron to symbolize the permanence of marriage. As more precious metals became available, rings were made from silver, gold and platinum. Luckily, today’s brides have a wide range of choices as do their grooms. Some people choose alternative rings, such as titanium or tattoos.
Never-Ending Circle
The wedding band’s shape represents an unbroken promise of love and commitment. The circle has no beginning and no end; therefore, the marriage has no end. It is believed that many past cultures shared the same beliefs about the circles.
There is, however, another theory behind the ring’s shape. Many religions consider marriage as “half of the religion.” Some historians say that the wedding ring represents two halves coming together to form a united whole. By completing the circle, primitive man also completed his religion.
From the Heart
Most legends tell us that the Egyptians started the tradition of placing the ring on the 3rd finger of the left hand because they believed that the vein, which ran through that finger runs straight to the heart,it seemed a logical place for the placement of the wedding band. The practice was passed down and the third finger is now universally known as the ring finger. Science has since disproved that theory, but it is still romantic to think that our wedding rings are on a direct path to our hearts. In Medieval Europe, grooms placed the ring on three of the bride’s fingers in turn to symbolize the Trinity – “the Father, the Son and the Holy Spirit.” Starting with the index finger, the ring ended up on and remained on the 3rd finger, and that has since become the customary ring finger for all English-speaking cultures. However, in many European countries, the wedding ring is worn on the right hand, and a Greek woman may wear her ring on her left hand while she is engaged but move it to her right hand after her marriage.
Husband’s Wedding Ring
Men wearing wedding bands are a fairly recent innovation. Throughout history, men have been dominant and either owned wives or lead harems. There was no need for men to be burdened by symbols of marriage and commitment. Even after modern thinking outlawed all forms of slavery and polygamy, the fingers of men were still unadorned. This was all changed during World War II, which is when it became fashionable for men to wear bands to remind them of the loving wives waiting back home. During the Korean War this number increased. Today, most men wear wedding bands, regardless of military status.

Filed under How Did That Get Started